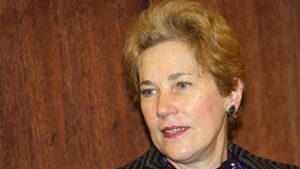 “What exactly was said during the meeting between Putin and Trump during their conversation is not clear. Every second counts there. ” This was said by our former ambassador to the United States Elena Poptodorova on the air of the “Offensive” program on Channel 3.

“I rely on Trump’s handshake in his typical style. This is the manner of Trump, who is physically tall, self-confident. We add his activities so far. “Every profession has a different expression,” she commented.

“Poland received 48 F-16 fighters for very modest sums. The Poles made their deal on time, we missed twice. Then the Romanians took them. This is where expert groups came from, “Poptodorova said.

“The decision to buy planes must be within NATO. That doesn’t mean they have to be American planes. The thread for the Gripen plane goes back to President Parvanov. “