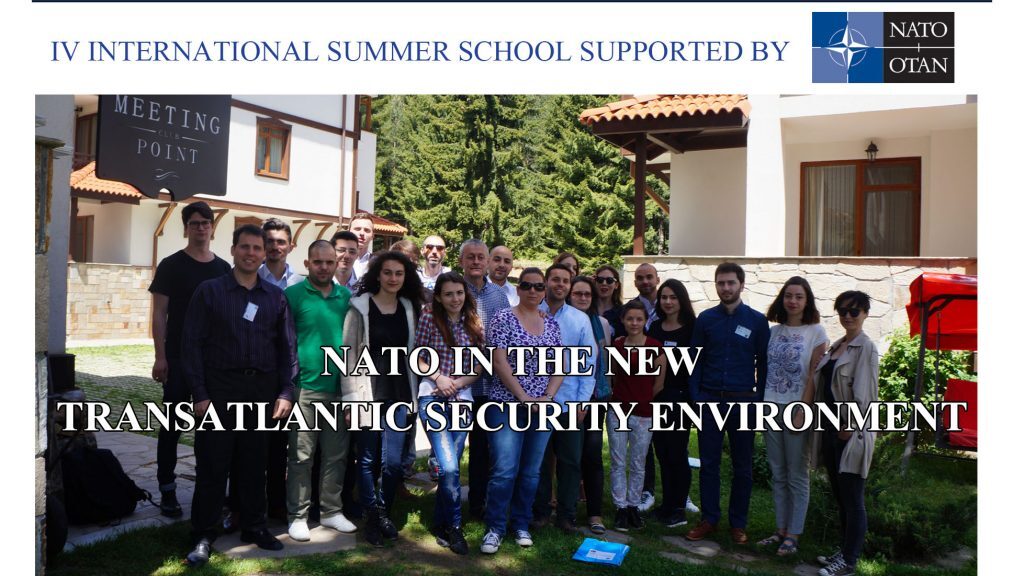 This event has passed.

The AKB Youth Organization, the Euro-Atlantic Youth Association, with the support of NATO, is organizing a one-week international seminar between 4 and 10 June 2017, on “Current Challenges for NATO on the Eve of the 2017 Summit”.

The seminar focused on the analysis of NATO’s priorities needed to adapt the Alliance to the new security environment. Key topics included: current security challenges in the Black Sea region, the ongoing migration crisis, Bulgaria’s NATO membership and priorities, post-Brexit European security, terrorism and its new face, NATO-Russia relations after Ukraine, frozen post-Soviet conflicts, politics of NATO in cyber defense and the role of social media, gender equality issues in the context of NATO and the Alliance after 2018. In the course of the lectures we sought to shed more light on the above topics through numerous discussions, panel discussions and group activities. The seminar included young people, representatives of non-governmental organizations, media, government representatives, experts, working groups, teachers and others. In addition to attending a number of intriguing lectures, participants also took part in fun social activities.4