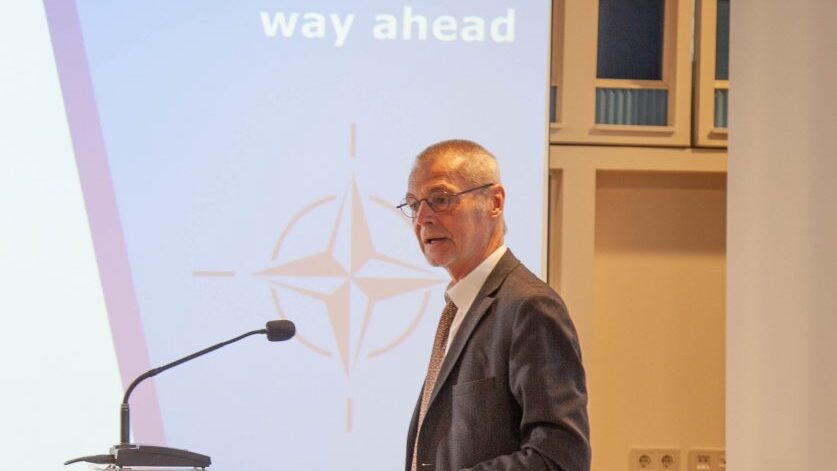 On April 11, 09:30, at the Bulgarian Telegraph Agency, the Atlantic Club of Bulgaria, the Diplomatic Institute, the Ministry of Foreign Affairs and the Ministry of Defense organized the international conference “NATO 70: 10 years ahead and 15 years Bulgaria in NATO”, dedicated to the 70th anniversary of NATO and the 15th anniversary of Bulgaria’s membership in the Alliance.

The conference brought together politicians, experts, diplomats and representatives of the Bulgarian Armed Forces and was broadcast live on the Facebook page of the Diplomatic Institute.

The aim was to reflect the seven decades of transatlantic cooperation and NATO’s role in protecting the freedom of its citizens, along with Bulgaria’s contribution and experience in the Alliance over the past 15 years. The conference also served as an opportunity to examine Bulgaria’s future as a NATO member and how the Alliance is adapting to our rapidly changing world, taking into account international security and cooperation.