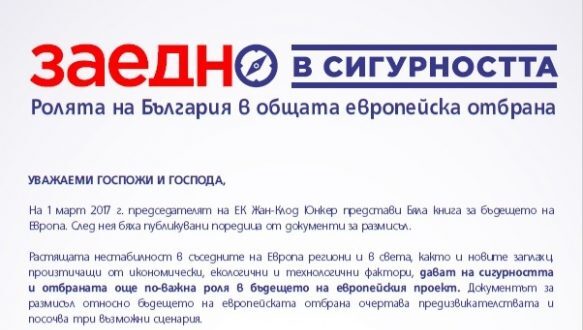 The Atlantic Club of Bulgaria, the National Council for Cooperation on Ethnic and Integration Issues and the Federation of Zionists in Bulgaria organized a lecture by the Chief Executive Officer of the American Jewish Committee, David Harris. The topic of the lecture was “American Foreign Policy in the New Age: An American-Jewish Perspective.” David Harris’s speech was followed by a question and answer session.