RESULTS OF THE NATO SUMMIT IN WARSAW 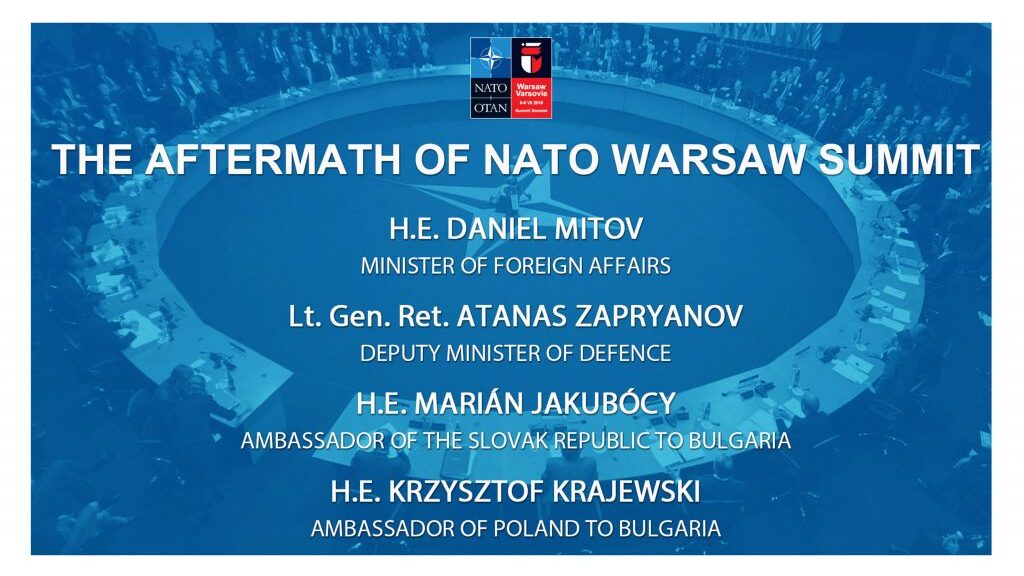 RESULTS OF THE NATO SUMMIT IN WARSAW

Shortly after the NATO Summit in Warsaw, the Atlantic Club of Bulgaria, the American-Bulgarian Alumni Association, the Bulgarian Diplomatic Institute and the Konrad Adenauer Foundation organized a public discussion on the results of the NATO Summit in Warsaw. The main speakers at the event were the Minister of Foreign Affairs of the Republic of Bulgaria Daniel Mitov, the Deputy Minister of Defense Atanas Zapryanov, the Ambassador of the Republic of Poland to Bulgaria HE Krzysztof Krajewski and the Ambassador of the Slovak Republic to Bulgaria HE Marian Jakubotsi. The discussion was moderated by Dr. Solomon Passy, ​​President of the Atlantic Club in Bulgaria. It took place on July 14, 2016 at the Central Military Club, Sofia.

During the public discussion organized by the Atlantic Club in Bulgaria, different points of view were discussed after the Warsaw Summit, which took place on 8-9 July 2016.

The event was attended by over 130 people. It has fulfilled its main goal of creating a platform for dialogue between civil servants, security experts, diplomats, the media and civil society. The speakers’ speeches were followed by a lively discussion with the audience.

You can watch a video of the event here.