SLOVENIAN PRESIDENCY OF THE COUNCIL OF EU: Bulgaria’s Perspectives 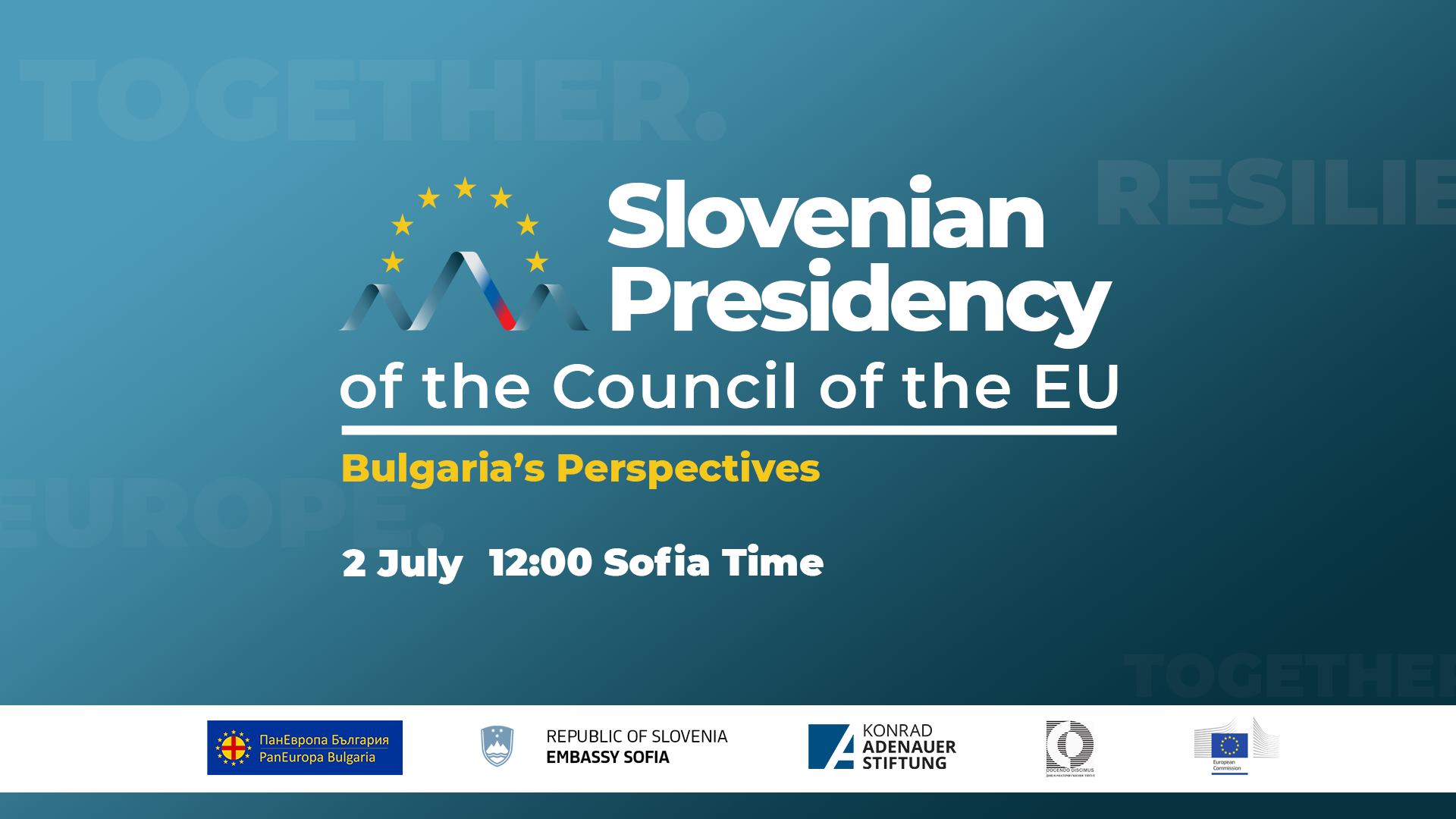 SLOVENIAN PRESIDENCY OF THE COUNCIL OF EU: Bulgaria’s Perspectives

PanEuropa Bulgaria and the Konrad Adenauer Foundation in partnership with the Slovenian Embassy in Sofia, the Bulgarian Diplomatic Institute and the European Commission in Bulgaria held a virtual conference on the 2nd of July 2021 to mark the launch of Slovenia’s Presidency of the Council of the European Union. The conference was opened by Ms. Gergana Passy, President of PanEuropa Bulgaria, Mr. Thorsten Geißler, Head of Konrad Adenauer Foundation in Bulgaria, Mr. Cvetan Kyulanov, Acting Head of European Commission’s Representation in Bulgaria and Ms Tanya Mihaylova, Director of the Bulgarian Diplomatic Institute. The ambassador of Slovenia H.E. Anžej Frangeš presented the priorities of the Presidency. On the Bulgarian side, the Minister of Foreign Affairs H.E. Svetlan Stoev shareed Bulgaria’s vision on European issues for the next six months. The presentations were followed by an online discussion.