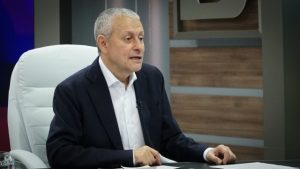 “The goals of US President Donald Trump are to be re-elected in 2020 and receive the Nobel Peace Prize, which he will most likely share with Kim Jong Un. The common goal of the two is “I give you everything if you give me everything”, which will eventually happen. Solomon Passy commented on this show “This Morning”.

“If 11 years ago the EU had accepted the idea of ​​Bulgaria to be more active in the negotiations with North Korea, there was a high probability that the meeting between Donald Trump and Kim Jong Un would be in Sofia and not in Singapore.

Bulgaria is the only European country that has made any real contribution to North Korea’s relations with the rest of the world. In 2007, the successful Bulgarian mission led to the voluntary collapse of the cooling water tower at the Yonbyon nuclear power plant, and this was our success, which unfortunately the EU did not recognize, “Passy explained.

“I think it will be very positive for our country for the next meeting between the two leaders to be in Sofia,” the diplomat added.

According to him, the North Korean leader has three main goals in terms of policy with the United States.
“Kim Jong Un wants to meet with Trump as often as possible, as often as possible every month. There are even reports that a meeting in Pyongyang is planned for next month. “Kim’s second goal is for North Korea to sign a peace treaty with the United States, and Kim’s third goal is to remain North Korea’s leader for life, which seems quite possible.”

“This September, Kim Jong Un will visit the United States to attend the UN General Assembly, and this will be the first time a North Korean leader has done so,” Passy said.

He also commented on the scandalous decision of the American president not to sign the joint declaration adopted by the G7 leaders at their last meeting.

“Trump told them he had his own agenda, but they told him they would impose tariffs on productions that take place in states that supported Trump in the election, so they will be selected,” Passy said.

You can hear the whole interview here.