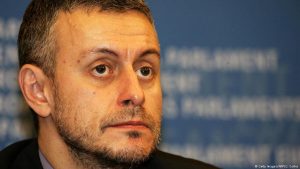 A Bulgarian initiative adopted by Brussels
Will there soon be wireless internet everywhere and for everyone? At least in Europe, and at least the first step towards this future has already been taken. And municipalities, incl. Bulgarians must hurry and apply.

For a new initiative, Alexander Andreev talks with former Bulgarian Foreign Minister Solomon Passy, ​​who himself has made some contribution to the idea.

This week, the European Parliament and the European Commission decided to allocate 120m euros to build 6,000 to 8,000 hotspots for free wireless internet in the EU – as part of the WiFi4EU initiative. This decision may be an echo of an idea that you and Gergana Passy introduced about seven years ago.

Solomon Passy: Yes, in 2011 we wrote to the then EU Commissioners Nelly Cruz, Vivian Reding and John Daly with a proposal to define wireless internet in the EU as a utility. That is – just as in a building there is electricity, water and sewerage, in the same way to have guaranteed wireless internet. And we are very happy that now this Bulgarian initiative has become a European solution. This is the second case in which Bulgaria has succeeded in pushing a new digital policy in the EU after the universal mobile phone chargers. But this wireless internet initiative also has a global charge. This is evident from the declaration of the General Staff of UNESCO Irina Bokova, who very vigorously welcomes this initiative, because it is in full sync with the efforts of UNESCO and the International Telecommunication Union. The possibility of wireless internet access is much more important for peripheral municipalities, remote settlements and excluded minorities than for capitals. Instead of building expensive asphalt highways to peripheral regions, high-speed Internet highways will be built that will connect people to the world much faster.

One does not exclude the other though.

However, there is one problem. With free and unlimited wireless internet access – who is responsible for the content that is downloaded or uploaded from the respective IP address?

S. Passy: This is a regulation that is applicable to absolutely every utility service. In the same way, the question can be asked: Who is responsible if the elevator in the building falls or if a water pipe bursts…

Namely: who is responsible?

S. Passy: There are already regulations for the Internet, which are becoming more precise day by day. I just read that there is a dramatic growth of suspended and inappropriate content on Facebook. So this is a matter that has yet to be regulated. Lawyers know best, and more and more people understand, the principle of Roman law that abuse should not preclude use.

When do you expect at least the start of this project with the announced 120 million euros?

S. Passy: It all depends on the speed with which municipalities and private companies will apply for this money. Jean-Claude Juncker has promised a relatively unbureaucratic procedure, which is encouraging. I personally would call on all municipalities to apply. We must realize that this project also has a particularly important global charge. It is a very strong call to fight dictatorships around the world.