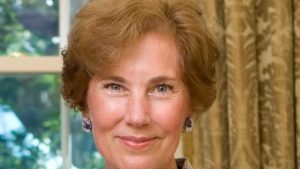 2017 was the most political year. This position was expressed by the diplomat Elena Poptodorova in front of Nova TV. This year, she said, we have an explosion of riots for justice. She expects to see the effects of tax reform

onald Trump in the United States.

In addition, this year has been marked by violence. Islamic State was shattered at face value, Poptodorova said. Al Qaeda will re-enter the field of terror, she said. She expects a stronger role for Hamas because of Donald Trump’s recognition of Jerusalem as the capital of Israel.

Elena Poptodorova believes that this year the relations between the EU and the United States have begun to recede. She hopes Europe will be far-sighted. The EU will not fall apart, but will be reformatted, Poptodorova is convinced.

At the same time, she believes that the strained relations between the United States and Russia will continue next year.