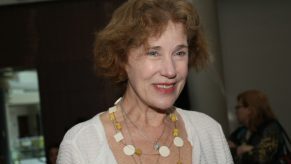 US President Donald Trump has shaken the boat with the decision to recognize Jerusalem as the capital of Israel. This was said in the program “This Saturday” on bTV Elena Poptodorova, vice president of the Association of the Atlantic Treaty (ATA) and former ambassador of Bulgaria to the United States.

“Jerusalem is in the world, it is in all of us – it is Christian, Muslim and Jewish. Maybe that’s why the emotions are so strong, we all have a feeling that part of it is ours and something has been taken from us. This does not alleviate the reactions, “Poptodorova said.

“We are used to living in a routine in the Middle East. “The reference has always been the same for a long time – a blockade of peace talks, the need for a solution for two countries, to make efforts to unblock the negotiations,” she stressed.

According to her, it is more important to seek a solution than to maintain momentum and self-serving status quo.

Poptodorova warned that it will go through a tense and acute period, but it will be a kind of incentive. “We must be prepared for negative consequences,” she said.