Elena Poptodorova: Trump has once again shown that politics is not what it used to be
15/07/2018 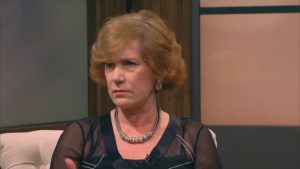 “US President Donald Trump has once again shown us that politics is not what it used to be,” former Bulgarian Ambassador Elena Poptodorova told This Sunday’s studio.

According to her, there is no such case in which the United States aims to put pressure on NATO. “The American president wants to discipline the alliance, and this shows the absolute agreement on all 79 points in the declaration that was adopted at the meeting,” she commented.

At this meeting, Bulgaria, represented by President Rumen Radev, also supported these points. Poptodorova was also present and believes that the belief of all participants is that NATO remains the best umbrella for security for all, as were the words of the German Minister of Defense.

Tomorrow will be a meeting between Vladimir Putin and Trump in Helsinki. “It is very important for Trump to stop Iran, but I do not think he will get such a concession from Putin,” she explained.