Elena Poptodorova: We should not look for our security in Russia or Turkey
25/02/2017 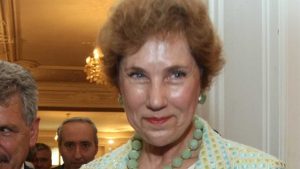 Given the complex relationship between Turkey and Russia, we need a third source of security and we have found it. Bulgaria’s strategic interests have long been located in our two very important memberships – the EU and NATO.

This was stated to Channel 3 by our former ambassador to Washington Elena Poptodorova.

“Turkey and Russia are like docked vessels and their complicated relationship has lasted for centuries. That is why the situation in Bulgaria is so complicated and we need a third source of security, and we should never look for it among these two countries, “Poptodorova commented.

She expressed the position that in the context of our choice as a guarantor of our security in the face of the Euro-Atlantic community, NATO exercises in the Black Sea are normal.

“There is nothing wrong with the Black Sea exercises. International relations are changing and in no case should it be dramatized. “- Elena Poptodorova commented.

Until recently, these exercises did not impress, but with the renewed confrontation between the United States and Russia, world dynamics have changed, she added.

Poptodorova expressed the opinion that despite the public noise and apparent drama in Moscow due to Bulgaria’s commitments in NATO, Russia is fully aware of where Bulgaria stands – Bulgaria’s strategic interests have long been focused on the EU and NATO.

According to her, it is always good for Russia if we are diverted from our development, but this could not happen quickly and easily.

According to her, we should defend our positions with confidence and only if we show division and fear, we will be easy prey.