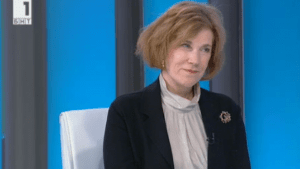 Diplomatic tensions between London and Moscow in recent days have escalated over a number of axes of opposition. US-Russian relations continue to deteriorate. Dialogue is not active between Washington and European capitals. Turkey and the United States are exchanging sharp remarks. The geopolitical interests of Moscow, Ankara and Washington also clash in the Balkans. Elena Poptodorova, director of the Atlantic Club, was a guest in the studio of “The Day Begins”.

A meeting of European leaders and Erdogan is forthcoming in Varna. According to Poptodorova, Erdogan’s goal is to say that he is at the table and is not absent from the process and the dialogue. Greater strategic interest will eventually determine the framework of relations. Tensions arose between London and Moscow after the poisoning of Skripal and his daughter. Poptodorova believes that a very sad irony benefits everyone. She described the incident as an arrogant, cynical crime. In her opinion, Russia has won in the face of Putin, who has activated the maximum number of voters and achieved a result. At the same time, this has united the EU. The words of Russian Patriarch Kirill, as well as the campaigns in the Russian media against Bulgaria as an ungrateful country, according to Poptodorova, are part of Russia’s defensive indulgence.