Generation Z: Building up disinformation resilience in the leaders of tomorrow
19/05/2022 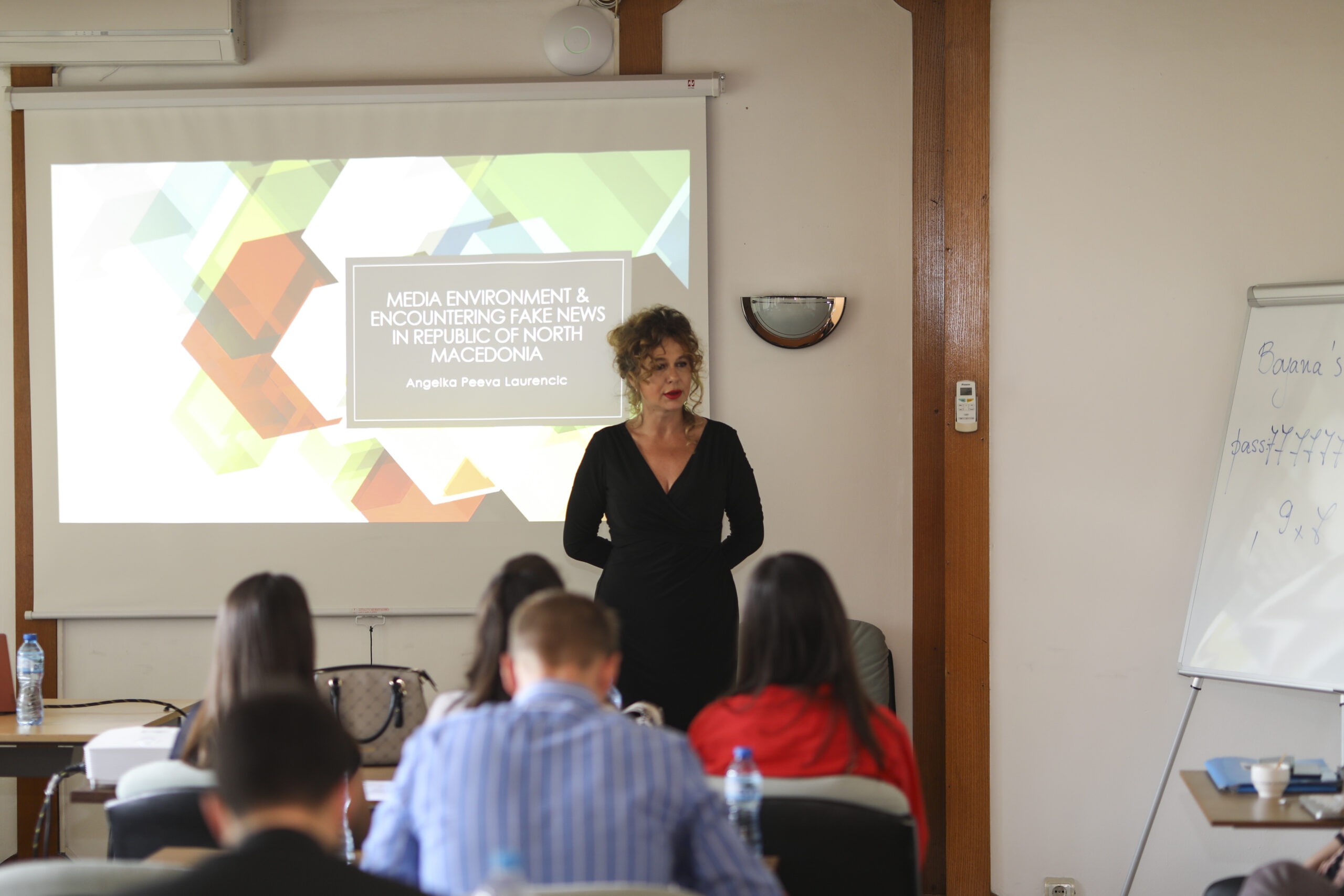 The project “Generation Z: Building up disinformation resilience in the leaders of tomorrow,” which was focused on increasing media literacy and countering disinformation, was organized by the Atlantic Club of Bulgaria in partnership with the Euro Atlantic Council of Macedonia and with the support of the U.S. Department of State. The realization of the project began with the selection of 15 Bulgarian and 15 North Macedonian participants who were online-oriented students and young professionals between the age of 18 and 25. Gender equality, as well as geographical diversity (youth from different regions in Bulgaria and the Republic of North Macedonia), was applied.

The chosen participants collected around 700 memes (images with text, spread through social media platforms such as Facebook and Instagram) which are examples of the spread of disinformation. The acquired memes were in the Bulgarian and/or Macedonian languages. They were subject to a thorough linguistic manual and automotive analysis. For the analysis, a specially designated software was used, that allowed the research team to draw conclusions about repeated words, phrases and writing methods that were found across the sample of deliberate propagandistic efforts. Based on these conclusions, soon a report will be published online. It will be open to the public and display in detail the propagandistic elements of meme publications.

Furthermore, a team of accomplished journalists from Bulgaria and North Macedonia have been invited to write articles on the topics of disinformation and the media environment in the two countries which will be published online, together with the report.

The highlight of the project has been a 2-day training course for the 30 participants which took place on the 27-28 April 2022 in Sofia, Bulgaria.

The training used a methodology that met the needs of the participants and reflected the rapidly changing environment. Activities included presentations, lectures, analytical and practical seminars, workshops, interactive debates, teamwork and team-building exercises. It was opened with speeches given by Ismet Ramadani (President, Euro-Atlantic Council North Macedonia) and Andrea Brouillette-Rodriguez (Deputy U.S. Chief of Mission), followed by a key note given by Dr. Velizar Shalamanov (MP, Defense Minister (2014); Defense Capabilities Director, The Atlantic Club of Bulgaria) on the topic: Where does disinformation come from? During the first day of the training, Mr. Nikola Miladinov (Press and Media Officer at the European Commission’s Representation in Sofia, Bulgaria) also delivered a keynote on the topic: Prevention of anti-EU disinformation. Overall, the training included nine topics and 11 lecturers as follows:

The training ended with a discussion between the participants regarding what they have learned and closing remarks by the team members of the Atlantic Club of Bulgaria and the Euro Atlantic Council of Macedonia.

Overall, the project had the social impact of raising awareness of the propagandistic techniques used across various social media platforms by educating young people from Bulgaria and North Macedonia on this issue, while promoting the importance of international collaboration. The end goal of the initiative involves capacity-building for the youth, as represented by the 30 participants, as part of the wider efforts to bring these two states closer together in future decades.