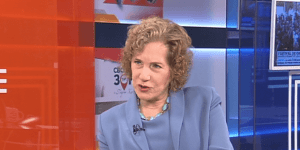 If you read Iranian-language English sites, including Ali Khamenei’s site, it is the personal site of Iran’s supreme spiritual leader, or the Iranian news agency IRNA, or a publication like the Tehran Times must have impressed you with information and analysis. related to the impending fate of the Five Plus One nuclear deal, which in 2015 during the administration of President Barack Obama created a sense of closure of one of the most controversial pages related to suspicions that the Islamic Republic was preparing to acquisition of nuclear weapons. Now, however, under President Trump, the United States is preparing for May 12 to announce the expected withdrawal from the agreement. Against this background, Mohammed Jafad Zarif, who is the Foreign Minister of the Islamic Republic, has repeatedly stated that the US withdrawal will lift any commitments from Iran to the agreement. to say in the Iranian media that the European Union considers that the agreement with Iran is being fully implemented. Against this background, however, if the United States moves towards such a sharp movement – withdrawal from the agreement – and you remember that during the 67th session of the UN General Assembly, Benjamin Netanyahu, who was then prime minister, had painted a bomb as a picture. and showed that another ten percent remained for Iran to acquire nuclear weapons. Israel is very active in saying that an Israel-Iran clash is imminent. Two days ago, Danny Yaton, a former Mossad director, appeared in the Jerusalem Post with detailed material. That is why my question to Ms. Poptodorova now is: “What will the world look like after the withdrawal of the United States from the nuclear agreement with Iran, or can the European Union compensate for such a withdrawal?

“Well, I’ll tell you a different point of view again.” I believe that, in fact, NATO is more successful than the European Union.