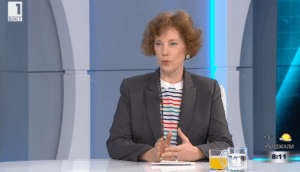 The United States may impose new sanctions on Iran as early as next week. A White House spokeswoman said Washington would continue to put maximum pressure on Tehran. Following the US president’s decision to withdraw the United States from the nuclear deal with Iran, sanctions for new treaties took effect immediately. And for current agreements there is a transition period of 90 to 180 days.

The topic of Iran was commented to BNT by our former ambassador to the United States Elena Poptodorova and the Arabist Prof. Vladimir Chukov.