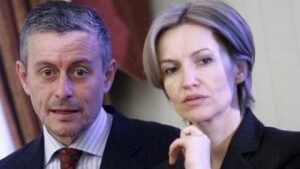 Internet access is already considered a fundamental human right by the United Nations, and building free public Wi-Fi networks is key in this regard, but it also poses a number of risks to users’ personal data.

The expansion of these areas would benefit areas such as education, tourism, public administration and healthcare, and the indisputable advantages are confirmed by the European Union’s ambitious plan to invest 120m euros in building free wireless networks in towns and villages. The Bulgarian Ministry of Transport will also apply for one of the 20,000-euro vouchers to be distributed by the European Commission.

According to Solomon and Gergana Passy, ​​who are among the supporters of the idea, it is important that the trend of building free Wi-Fi zones be established as legislative. “We ourselves would very much like the Bulgarian legislation to be adapted so that the issuance of Act 16 of a building has a mandatory requirement for Internet access, in particular Wi-Fi. This way, a person will not have to search for it all over the city, this Wi-Fi – wherever he enters, he will have it, including in the gardens in the park “, commented Solomon Passy, ​​according to whom Wi-Fi makes distant places close and makes people work remotely.

However, in addition to the benefits, free Wi-Fi also poses serious risks for online users, who question the safety of using the Internet through such points. It is quite possible, for example, that one of the networks looks authentic because of its name, but is actually created by a hacker who wants to steal information from the user. When a person connects to it, he becomes a target for the hacker.

“They collect personal data from many users. In this way, they can infect these users with ransomware and encrypt their data accordingly, and then demand a ransom. This is one of the alternatives for them and this is one of the ways they do it, “Albena Spasova from the International Academy for Cyber ​​Investigation Training explained on BNT.

It is difficult for ordinary users to identify which network is being built by a hacker, but there are still ways to increase security. One of them is the use of its own VPN network, adds Spasova. She explains that one can also limit the ability in your computer’s settings to share information from the device with third parties.

Analysts believe that the danger of cyberattacks does not diminish the benefits of free Wi-Fi. The idea is for consumers to learn how to use it best.

“Abuses are possible with everything – with planes, with trains, with cars, with nuclear power plants. However, there is one basic rule since Roman law and it says that abuse should not preclude use. In this sense, measures must be taken. We need to know that there are serious challenges, but they should not stop us from the universalization of Wi-Fi, “said Solom Passy.

“The very initiative to build wireless access in public spaces is wonderful. But at the same time we must work towards building more knowledge for us consumers about how to safely use this type of network, “said Albena Spasova.