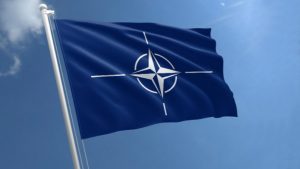 Today marks 15 years since Bulgaria’s membership in NATO. On this occasion, Iva Doichinova spoke in “Our Day” with political scientist Georgi Kiryakov and the chairman of the Atlantic Club Solomon Passy.

Georgi Kiryakov: “In the beginning we had a great need to join a bloc, at least because the Warsaw bloc had disintegrated, and we had serious defense problems, given the situation in neighboring Yugoslavia and the wars there that plagued the Balkans for years. Bulgaria was in a serious pact vacuum, that is, it was not joined by anyone. In fact, there was only one alliance, and that was NATO, because of the collapse of the rest of the system, military and political. And Bulgaria must be part of a larger foreign policy bloc. At least because she’s vulnerable. “

However, as one of the problems facing NATO today, Georgi Kiryakov pointed out that we are now seeing the alliance begin to seem to lose confidence in member states and, above all, in the United States, an opinion expressed by President Donald Trump that found a wide response. and provoked a stormy reaction in Europe.

Solomon Passy: “In the fifteen years that have passed since our membership in NATO, I think that after the April Uprising of 1876, it seems that there have been five major national efforts, reached by national consensus and united by national energy. These are the Liberation, the Union, the Independence, the membership in NATO and the membership in the European Union. These five bets pave the way for Bulgaria for the coming decades and I very much hope that Europe will not succumb to populism, as happened in 2016 in Britain and the European Union and NATO will develop in a logical way – forward and upward. “

“The United States is a democracy and is not limited to one of its institutions – its presidential institution and one of its presidents. There was democracy before Trump, there will be after Trump. And as we have seen, the moment he started to mention something about leaving NATO, the Congress immediately countered him with a legislative act and cut off any illusions in that direction. Moreover, Trump himself has come up with a very serious initiative, I would say, if it is taken by NATO as a whole. It was an initiative to invite Brazil to join NATO. “

Additional information about the path Bulgaria has taken during these 15 years of its membership in NATO, as well as about the problems and prospects facing the Alliance today, as well as a sound file of the interview with the two participants, can be found at the following address.