Solomon Passy: The end of the war on the Korean Peninsula means a new beginning
03/05/2018 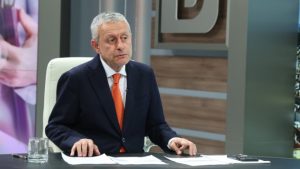 “The end of the war on the Korean Peninsula means a new beginning,” Solomon Passy said in the studio of This Morning. He commented that it would be very interesting whether the Nobel Peace Prize would be awarded to Donald Trump and North Korea.

“There are many candidates. The award can be shared between Trump and Kim Jong Un, and possibly South Korean President Moon Jae-in, “Passy said.

He said it was a mistake for the European Union not to intervene on the Korean Peninsula.

He added that it was still unclear whether Trump would meet with Kim Jong Un in Singapore or in the demilitarized zone between the two Koreas.

“Kim has to be negotiated in an unusual way. “As unconventional as Trump is, this is the way to negotiate with the president of North Korea.”

See more in the video.