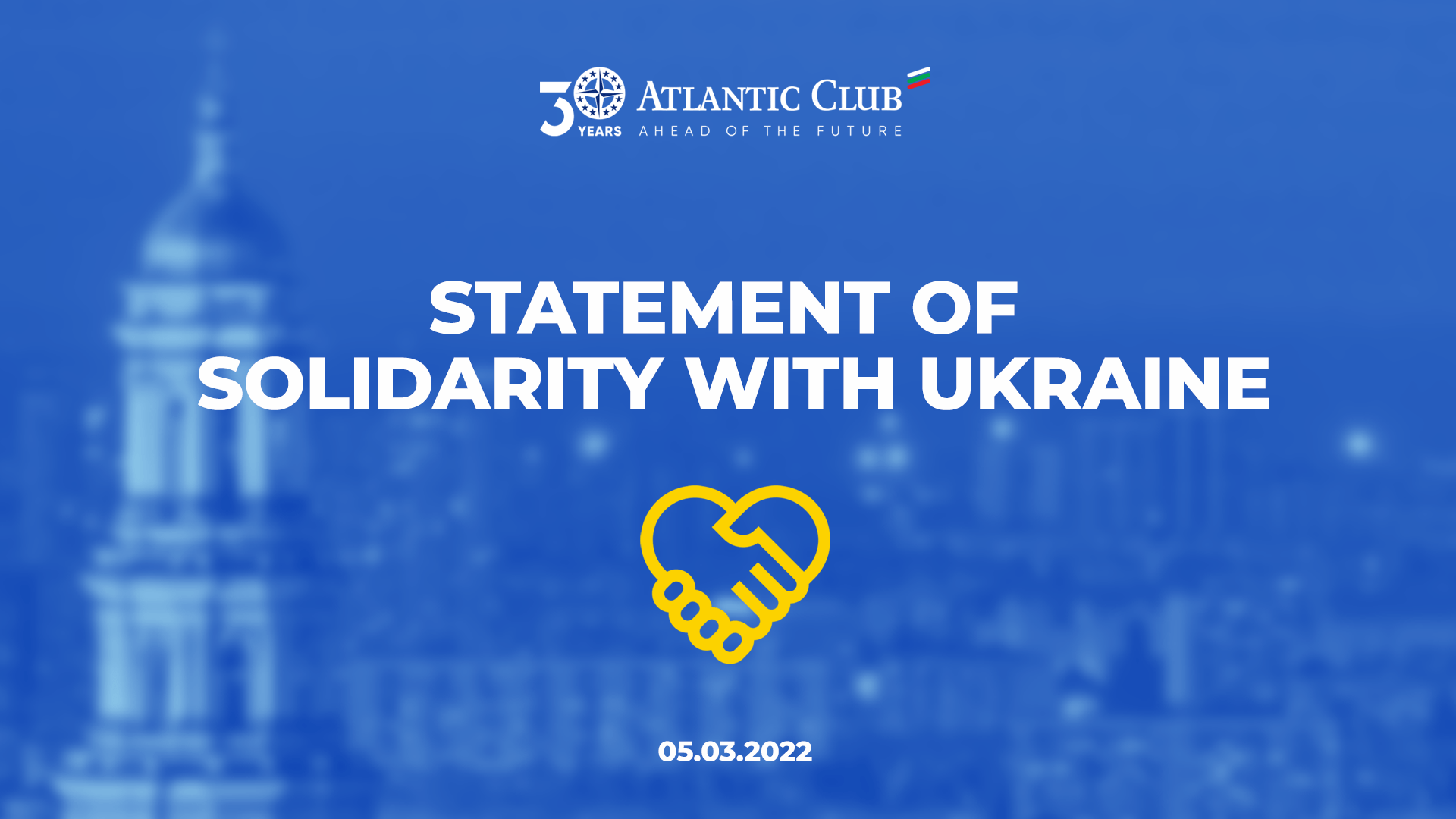 The Atlantic Club of Bulgaria (ACB), which pioneered the efforts of Bulgaria’s accession to NATO as of 32 years ago, spoke strongly at the very offset of the unwarranted and barbaric war of Russia on Ukraine in full support of the heroic struggle of the Ukranian people to defend their land, sovereignty, and freedom.

We condemn the useless loss of innocent human lives in Russia’s irrational and unlawful pursuit of territorial and geopolitical gains. We support a strictest sanctions regime by the democratic world as an attempt to contain and deter further reckless actions by Russian President Vladimir Putin and his entourage. No further measures, including the enforcement of a no-fly zone over Ulraine, should be off the table to achieve this goal.

President Putin should be held accountable and face justice before the International Court of Justice for having committed crimes against humanity and a nuclear terrorist act in the same manner in which in 1946 the International Nurenberg Tribunal dealt with the heinous crimes comitted by Hitler and the Nazi leadeship. The international community failed to stop Hitler in 1939 or Stalin in its aftermath, it must not repeat the same fatal mistake again.

ACB was the first ATA chapter among its peers to open an Atlantic Club branch in Ukraine, Kyiv. We keep up a 24/7 communication channel with our representative there. A dedicated account for donations was opened, which operates in full transparency and under public oversight. The raised funds are to be channeled for most pressing needs, in coordination with the Ukranian Embassy in Sofia.

We join all efforts for political, military, humanitarian, financial and moral support of our partner country Ukraine.