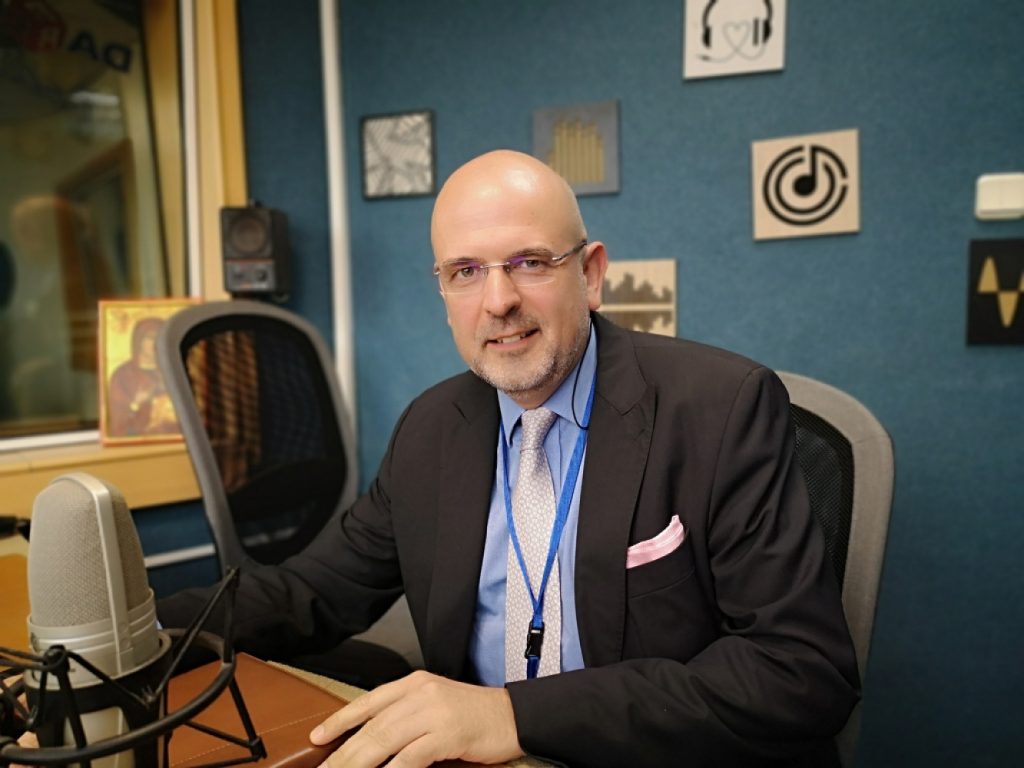 November 3, 2020, Sofia – The economist and former Deputy Minister of Finance (2003-2005) Iliya Lingorski was appointed as Chief Economist of the Atlantic Club of Bulgaria (ACB).

The organization opens the position in order to respond to the challenges of the COVID-19 pandemic and to the perspectives of the Three Seas Initiative for accelerating the economic development in Eastern Europe during the Bulgarian presidency of the initiative.

The Chief Economist of ACB will explore the opportunities for our country, created by key European projects, including the Green Deal, Europe’s Digital Decade, the Next Generation EU (NGEU) Recovery Plan, as well as the Three Seas Initiative in the spirit of Blue Dot Network. ACB will focus especially on the Bulgarian project ABC+De (www.LargeInfraProjects.eu), which has the potential to be Marshall Plan for post-Covid European recovery.

“The Atlantic Charter, the United Nations and the Marshall Plan emerged from the ashes of World War II to rebuild and pacify Europe and the world. In the same way, today’s pandemic has to catalyze smart rescue solutions and enlightening policies that the Atlantic Club has been developing for three decades now. We need the experience and vision of people like Ilia Lingorski to combine the sustainable politics and the flexible economy into one moral unit.”

Iliya Lingorski has more than 25 years of experience in both the public and the private financial sector, and in the academic field. He was an IMF Alternate Governor for Bulgaria. Lingorski occupied the position of Chairman of the Supervisory Board of the Bulgarian Development Bank and has been Chief Economist of the Bank since 2017.He served as a Trustee and is now a Member of the Executive Board of the American University in Bulgaria. More information about his career can be found here.

Lingorski initiated the establishment of the Bulgarian City Club in London under the Presidency of HRH Prince Kyril of Preslav and was a co-founder and first president of the Bulgarian Section of the European League for Economic Cooperation (Ligue Européenne de Coopération Économique).

About the Atlantic Club of Bulgaria

In 2021, ACB is celebrating its 30th anniversary as part of the non-governmental cluster Atlantic Digital Network: www.adn.bg/ offering innovative solutions for Europe and the world. The most recent example is Health Shield Europe– a strategy for global reduction of the risk of a new Covid-like pandemic (https://bit.ly/3jA4Scx), whose ideas were adopted by Bulgaria and Europe.

In Europe’s history, the Atlantic Club is the only Atlantic organization, having operated on the territory of the Warsaw Treaty. It made Bulgaria the first non-NATO member of the Atlantic Association and catalyzed the country’s membership in NATO and the EU.