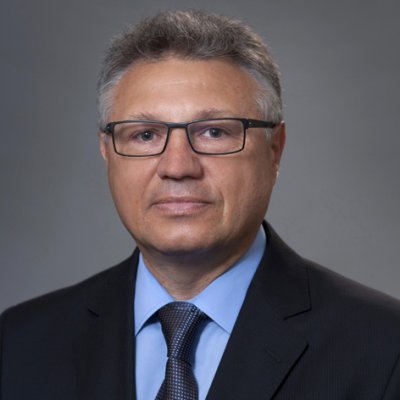 Dr. Velizar Shalamanov was born on 24 December 1961 in Karlovo, Bulgaria.

Key positions / experience: In 2014 Dr. Shalamanov was a Caretaker Government Defence Minister (August-November) and led the development of approved by the Government National Program “Bulgaria in NATO and European Defence 2020” as a strategy for modernization of the Armed forces. He started the development of the Cyber and Hybrid warfare resilience strategies approved later.

In 1984-1998 he consecutively served as an officer in Bulgarian Armed Forces units, mainly the C4 Systems Institute at the General Staff as the head of Military Intelligent Systems department and in the Intelligence and Electronic Warfare Division of the Main HQ of the Land Forces.

In the period of 1998-2001, Dr Shalamanov was Deputy Minister of Defence for Policy, Planning and Integration, also member of the Security Council of the Government and the Interagency NATO Integration Council.

In 2009 – 2012 he was Director in charge of cooperation with the nations of NATO Consultation, Command and Control Agency (NC3A), and in the period of 2013-2017 he was Director Demand Management for the NATO Communications and Information Agency (NCIA) with focus on introduction of the agency Catalogue, costed SLAs, Customer satisfaction program, establishing CIO conference and Senior Customer-Suplier Board.

Since 1 Feb 2017 Dr. Shalamanov is back in the Academy of Sciences as an associated professor and as of 14.11.2018 is a Deputy Director on e-Infrastructure and Security in the Institute of Information and Communications Technologies.

Since 2020 Velizar Shalamanov is Director of Defence Capabilities in the Atlantic Club of Bulgaria.