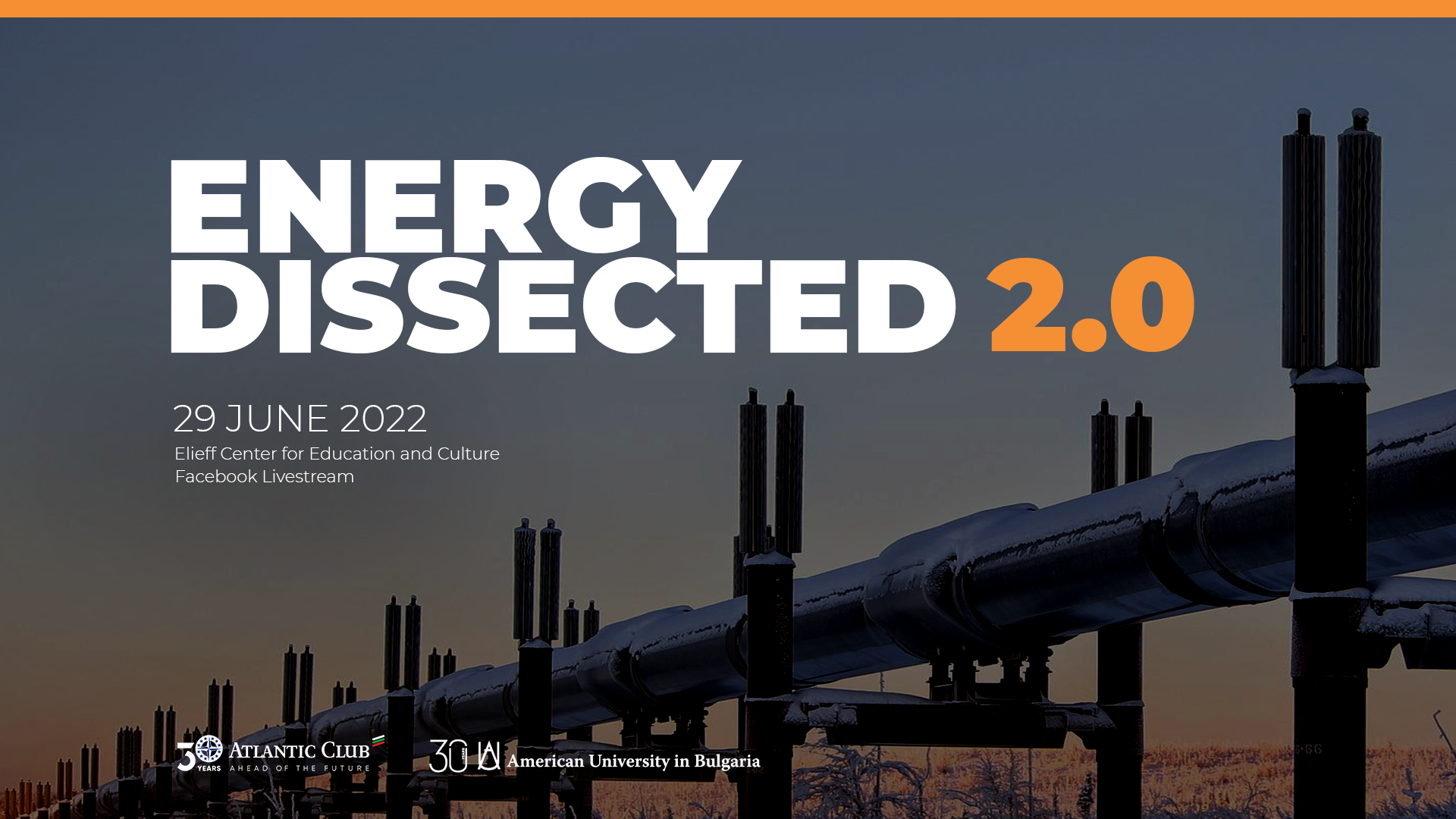 Latest developments reconfirmed Russia’s long-standing policy of exploiting Europe’s
excessive reliance on Russian gas and oil supplies. Today the continent is experiencing energy turmoil, with spot prices for natural gas surging to levels five times higher than those of a year ago. It has become painfully clear that energy independence is as critical to national and European security as military security and defense.

On the 29th of June the second edition of “Energy Dissected 2.0” took place, co-sponsored by the Atlantic Club of Bulgaria, the American University of Bulgaria and the American Chamber of Commerce in Bulgaria. The conference brought together representatives of parliament and government, energy analysts from Bulgaria, the EU, Russia and the United States, as well as industry experts, who shared their views on the historic turn in Europe’s energy policy.

The main conclusions of the conversation – energy independence and secure access to energy resources are an integral part of national sovereignty and a key element of national security.

You can watch a recording of the conference here