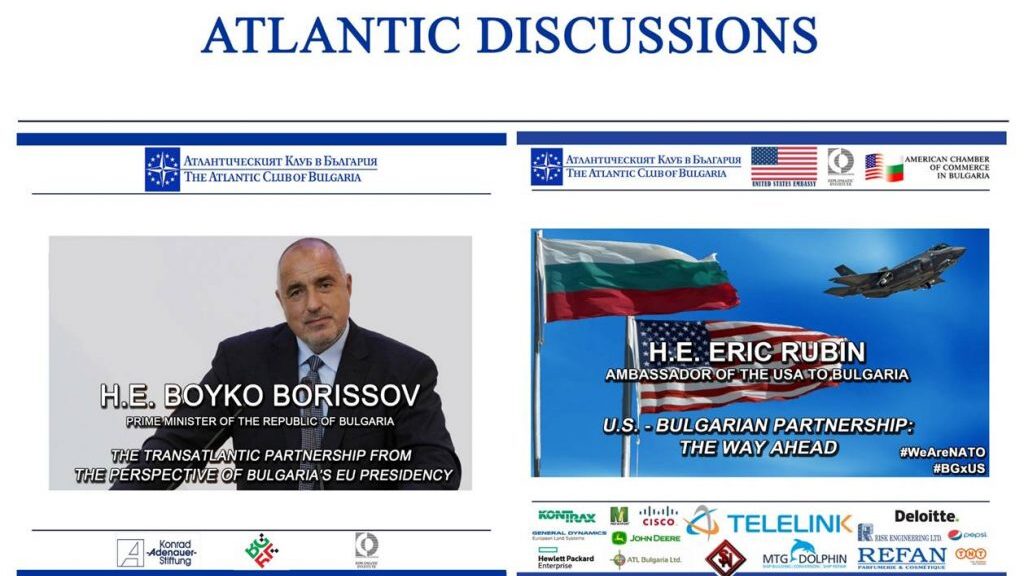 This was the first large-scale discussion with the Bulgarian Prime Minister on transatlantic relations during the Bulgarian EU presidency.

During the second part of the event a public lecture was held by HE Eric Rubin, US Ambassador to Bulgaria, on “Bulgarian-American Cooperation: The Way Forward”. N.Pr. Eric Rubin discusses the prospects for America and Bulgaria to develop mutual cooperation.

This was the first large-scale public event of Ambassador Rubin after the election of the new parliament and the new government of Bulgaria.