PUBLIC DISCUSSION ON US PRESIDENTIAL ELECTIONS 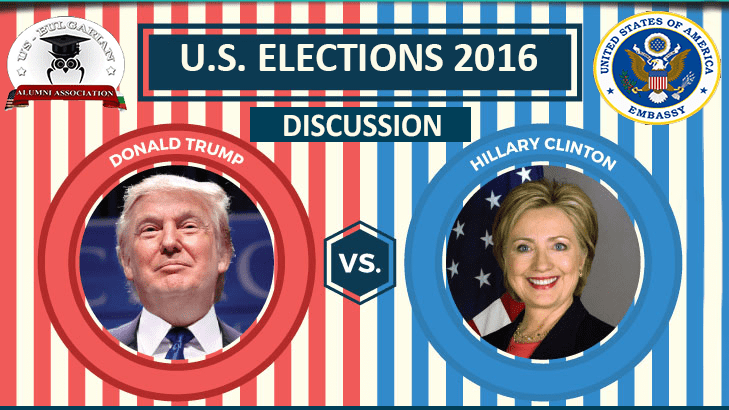 PUBLIC DISCUSSION ON US PRESIDENTIAL ELECTIONS

Professor Paul Sracic, Chair of the Department of Politics and International Relations at Youngstown State University, Ohio, was a guest of the Atlantic Club of Bulgaria on October 14, 2016 as part of a public discussion on the 2016 US presidential election. in the American Center (4A Slaveykov Square, Sofia). He began by explaining that the US presidential election will inevitably affect Bulgaria because of the effect on foreign policy. However, the candidates do not pay much attention to international relations, nor do the voters – the US elections are primarily about the economy. Based on the current state of the US economy, some of the most famous models predict a victory for Donald Trump, but Prof. Sracic also said that we live in a time when the models do not work. The models are based on past scenarios, and this year is very different from anything that has happened so far in American politics.

One-third of the Congress is also to be elected. Under the system of separation of powers in America, Congress is very important, and it even deals with international politics. The president cannot make a decision that is not authorized by Congress. Under the US Constitution, Congress has power over war and peace.

Prof. Sracic first considered Hillary Clinton’s candidacy. He reminded the audience that she was Secretary of State in the Barack Obama administration. It is characterized by an aggressive foreign policy – it was the voice of the administration to interfere in the foreign affairs of other countries during the presidency of Barack Obama. As president, she will be closer to the traditional Republican position. Traditional, straightforward Republicans don’t like Donald Trump and will vote for her. Prof. Sracic said she had not given much clarity on how she would conduct national foreign policy. However, it has a better commitment to NATO than Donald Trump. In terms of international trade, Ms. Clinton has completely changed her position and is now against TTIP.

Prof. Sracic then discussed Donald Trump’s candidacy. Mr Trump does not talk much about foreign policy. He treats her like a “secret plan” he doesn’t want to announce. However, he believes that the United States is too involved in international relations and cannot afford to continue in this way. Closest to his convictions is Overseas Balancing, a theory proposed by John Miersheimer and Stephen Walt. In essence, it states that the state must understand where its interests are and pursue international policy there; in other parts of the world, it should not interfere, expecting its allies to maintain a balance of power. Mr Trump’s biggest problem with foreign trade is trade itself. This issue is very important for the American economy. Its success so far is due to its very strong arguments against free trade and free trade unions in general. This argument will make many Democrats vote for him.

Finally, Mr Sracic predicts that Hillary Clinton will beat Donald Trump by a landslide. Half of the voters in the United States are women, and Donald Trump’s insulting remarks against women have damaged his reputation.

You can watch a video of the discussion here: